Rivaling sisters and brothers: Highland Park 12YO and Dark Origins

The rivaling sisters and brothers meeting can be a flaming event. They can have both same origins and share the blood, but everything is different. The sister might be a queen and the brother can emerge as a diplomatic thief. But that’s a different story, here we talk about those of Highland Park family. They has their roots deep in Viking saga and the Northmen who proudly swing their axes against anybody who.. Or just against anybody who is there. Violent, raging and untamed spirit of the North has traveled far and finally took a nap at the Islands of Orkney. 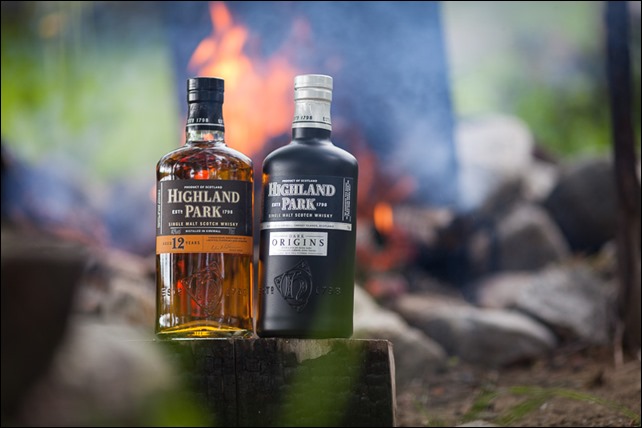 At the Orkney the saga begin: 12 years old sister with her Dark Origins brother emerged and journeyed to the world beyond the North sea. The boat took and slide through the waves like it was built for that destiny. A long trip by the land, across mountains and other perils finally ended. Only the last battle remained, after which they found out that they have been trialed by fire and after that happened the most shocking moment: simultaneous decapping. This was their destiny, to end up in my Glencairn and let me explore what are their origins. They did return to the North.
What is actually a bit amazing, is that I don’t recall tasting any Highland Park 12YO before this one. At least if I did so – it didn’t impress me. Highland Park 18YO had lots of sherry in it, and it was not bad at all. I had a few bits of reservations what 12YO would be. 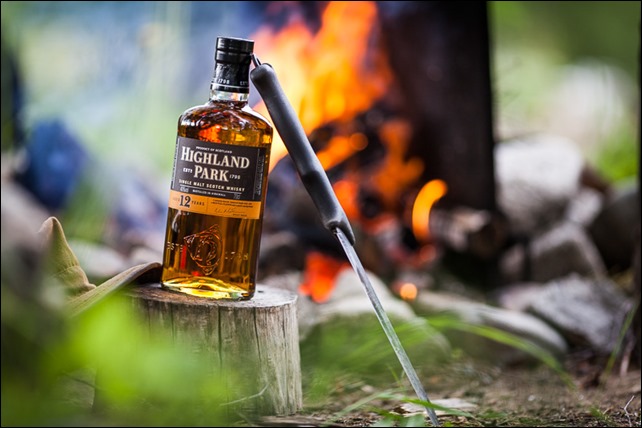 The nose is much much better than I thought it would be. A well places surprise round, that took me off guard for a few moments. Fresh and clean. Indeed a clean and classic scent describes this one very well. Light, but a very balanced use of ingredients created a good combination that is neither too stingy nor too sweet.
The palate is also a very well balanced. Again, much more wisdom was found in this one than I earlier anticipated. The source and the origin is strong in this one. Something sweet, something deep and a personality I was delighted to meet.
The finishing is long and tasty. What else can I say?
For it’s price this is a great whisky for those who are not into too much smoky and peaty tastes. This is not a experience of the lifetime, but instead a companion that is easily taken along for many occasions. Actually one of these would be a nice gift, if you are not sure a more smoky and peaty one would be welcome.

The tale is about the early days of Magnus Eunson’s distilling. The illegal days, hence the darkness. Personally, I want to explore the name more and bring a lots more darker shades in there. Perhaps even a small dragon would make an appearance. But I’ll leave that tale to something more dark. The legend is that the Dark Origins has used the double amount of first fill sherry casks than it’s sister 12yo. But this Dark Brother has no age in it’s dossier, which hints that the time in those casks hasn’t been as numerous as the smuggler’s years in the lord’s dungeons. 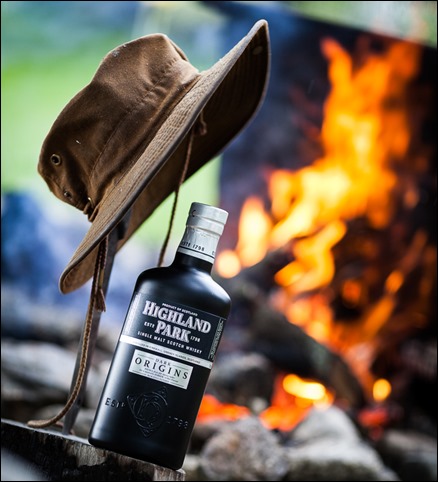 Compared head to head with 12yo, I didn’t notice any difference in the color and in the style.

The nose was at first a dirty one, it is much more complex but not a balanced experience. Letting it sit and wait, I took my time with 12yo and got back to this a bit later. The time had indeed softened the dark brother and brought out new shades. It didn’t feel as dirty anymore, but it had still the dungeon’s stuck on it’s clothes. But there was also a lots of proud included, like that stash was never discovered. Spicier and more fruity appearance was also walking tall there.
The palate got better over time. The first incarnation was not ready, it felt too young. Letting it think again improved the behavior so the conversation could continue. It has sherry, yes, but with a more balanced formula than some sherry whiskies. In the end, it was fairly pleasant character who also had depth in it. What is also nice, that you get the smoke in there too, which tastes nicely at the finish.
I had tasted the Dark Origins earlier in a bar, and I wasn’t too impressed. But I had to re-taste this one, which was a good choice. In a good environment Dark Origins shows it’s more complex demeanors and shades and it justifies at least a portion of it’s price.
And the verdict would be? In my opinion, I’d choose 12 years old if I wanted a good price-quality efficient dram to taste. It is pure and clean. When you want something more special, somebody with a twist in it’s mind and a willingness to go dirty – then Dark Origins would emerge a more prominent choice (out of these two).