It has been quite a year. The last month of the year got me much more surprises and news than I thought, but looking whisky-wise the current year also tells the sad story where smoky drams have higher prices which means less experiences on the tasting table. However, there has been excellent drams and drams that have surprised me on their second/third tasting time.

And of course our whisky themed wedding is on my highlights, as well as a tasting with friends having more than 20 drams in six hours.


Have a safe celebration and have a Excellent Year 2016! 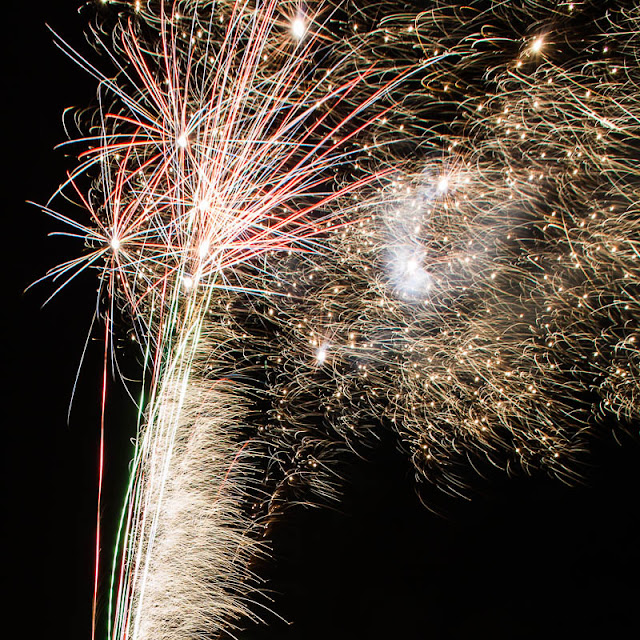 Twice the fun at Teerenpeli: TallinkSilja Portwood and “the barrel”

Teerenpeli is one of the oldest whisky distilleries in Finland. They started their distillations 2002, so it will be a while until they will celebrate their 100th year.  However, they have passed their 10 years old mark already, which is starting to show more in the quality.
I managed to get myself into Turku Teerenpeli some time ago, and there were two very interesting choices to sample. I’ve noticed that in bars the overall experience with whiskies is always much more shallow than it is at home or another more suitable environment – but at least you get a nice idea what those whiskies are. 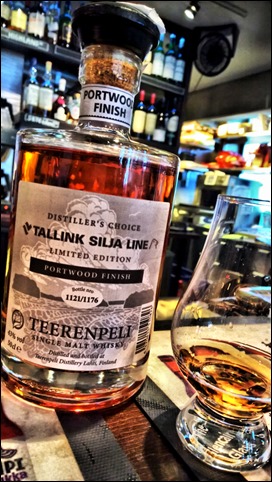 This the the Teerenpeli whisky that is being sold in TallinkSilja cruise boats sailing on the Baltic sea. While I’ve had great encounters with Portwoods, I was looking forward to taste this one. The nose was strong, sweet and it had some woodcask in it. Not bad, but nothing special.

The palate’s first impression was a burn. This dram burns much more than it should. After the first shockwave, it organized itself into more sweet line, showing signs of depth. The depth disappears towards the end sooner than I was expecting. Due to this one’s smoldering hot iron start, I added some water – which is an exception. It made the overall experience a lot better, cooling down the worst burn and energized the dram for a wider range of taste. 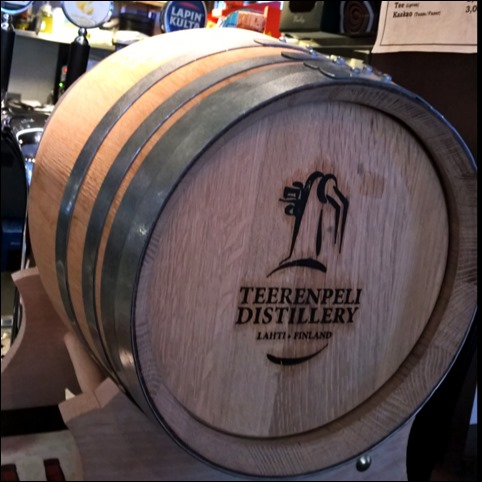 Teerenpeli bars have their own casks for this whisky. The interesting is that those 16 liter casks had earlier Pedro Ximenes sherry and in the cask the whisky is maturing/finishing every day. So if you taste it once, you can to get back there to check how it has changed in some months.. They are cask strength (58.5%) so I was getting ready for some intense meeting.
The nose is … whisky. Raw, spikey, bourbon. Some oak and a bits of sherry.
The palate however, is from a another world. It is strong – yes, wide, intense and seducing. Sherry gets mixed with Vanilla in a way I don’t recall earlier (a positive). This is already the best Teerenpeli whisky I’ve had so far! The whisky has a interesting rough structure, which marks the map with X and gives it +5 boost.
Learning from the previous dram, I added some water into this one too. It helps to bring out oak and vanilla, resulting a more complex result.
The nose after finish is a splendid one, sherry mixed vanilla reminded me a lot about Cuban result.
Posted by Vesku at 18:58 No comments: