Teerenpeli Hosa: from the black cask

Teerenpeli is one of the few Finnish whisky distilleries and they have been producing whisky over a ten years now. Their drams have had it’s ups and downs, but lately it has been better than during the earlier years. Their first Distiller’s Choice was Kaski ( http://savuista.blogspot.fi/2013/02/teerenpelin-kaski-kaskimaitten-janojuoma.html ) which provided drams for the thirsty people of backwoods. Last year they did Äes which I only tasted briefly. Now they have produced HOSA, which in a name means a stock of pine branches on top of the pole, which were damped in water and used to put down the fire. I hadn’t heard that before. Not as good as a name as Kaski was, but it is filled with Finnish story. 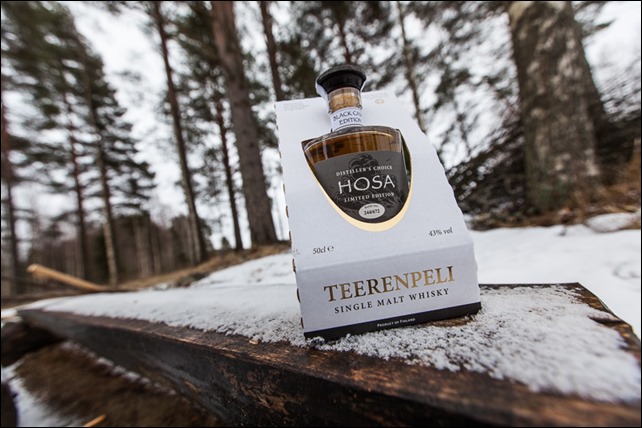 HOSA is roughly ten years old Teerenpeli. They haven’t provided exact information but this is the story told at the village pubs during late night. It is also called the Black Cask edition, since they have matured the whisky in a cask that was used in Islay during it’s earlier years. It should provide the dram with some Islay characteristics then. There are only 672 bottles of Hosa available, and they have watered it down to 43%. 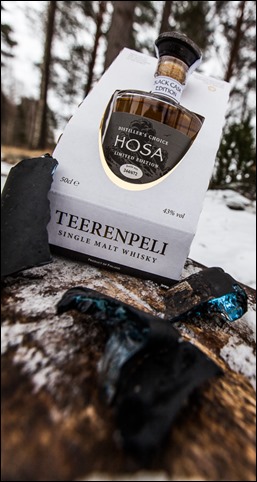 The freshly opened bottle poured a dram of it’s contents into my glass and it patiently waited until I sat down and took it. There isn’t much color in the dram. It is very light amber, that only dissipates in the glass. I am glad about the oiliness however, it creates a nice string of pearls when I fool around with the glass. The scent reflects of it’s color: it is mild and distant. Not unpleasant, but it will get lost to stronger themed drams very easily – even to Highlanders.
The first sip produces some ash and smoke, along with sweet pepper and spices. Vanilla and a bit of put down fire, which re-emerges at the end from a small puff into a fiery flames. Spiciness is very prominent and there is some smoke too. This is a very little and young dragon, however. It’s flame does not burn hot nor long. The second sip experiences the dragon’s silver tongue and sweet beg for mercy. The young ones always can be beaten even with one hand suffering a flesh wound. However, the cunning and clever plan lures out more associates and it gets stronger at the end again.
The ending is a lot shorter than the tale told in pubs about the last summer’s big fish. A lot shorter. But There is the tale of the hidden young dragon, who gains power while staying out of the light. This dram feels very young and it feels more powerful than 43% it claims. This one bites and delivers. This is into my liking a lot more than I ever expected. There is no shame and I do appreciate the effort Teerenpeli does with experiments. The price, however, could be a bit lower. 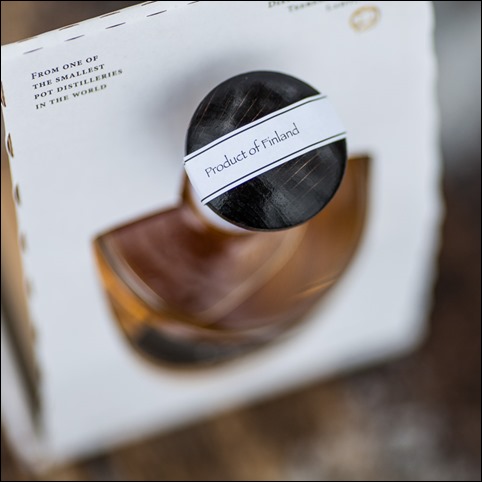 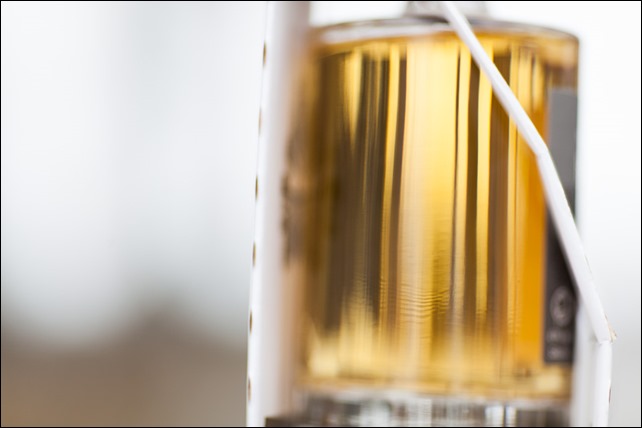 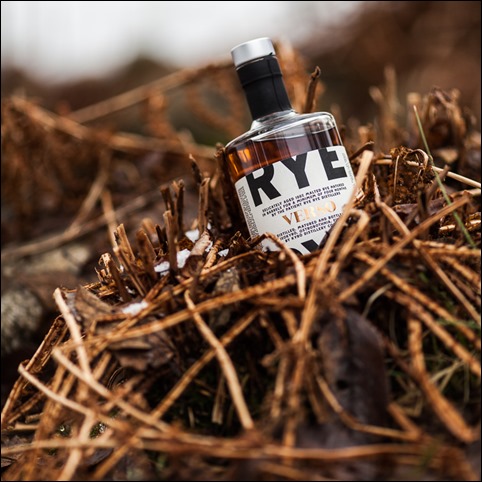 The Kyrö Distillery Company is a Finnish Rye whisky (and gin) distillery. It is just a bit over a year old, so they don’t produce real whisky yet – that it is still a couple of years ahead. I got to taste their previous versions (Juuri ‘the root’ and # earlier: http://savuista.blogspot.fi/2014/12/rye-rye-time-for-rye-juuri-root-of-kyro.html ) but now some months have passed and they put their next version: Verso (a fresh branch of plant) into sale. It has been aged for 4 months minimum and it is 100% malted Rye booze with 46.5% in it’s strength score. A product of Finland.

I admit, the Juuri was not too much into my liking. It had a great scent of Rye but there was a lot to improve overall. What you’ll notice with the Verso, is that there is already a lots of color present from the maturation in casks. And  it is strongly present in the scent: Rye. Lots of rye. Dark fresh warm sweet rye bread. The biggest change is the palate: this one tastes already like a whisky, not a booze. Soft, sweet rye is all over the mouth. It is strong and everywhere. Like walking into a rye drying and threshing cabin. This is already soft and it has a potent after taste. Mämmi (malted rye dessert in Finland. Traditional. You must try it – don’t let the looks of it scare you away) is also there. A hint of smoke, like any good Finnish home should have, is present. 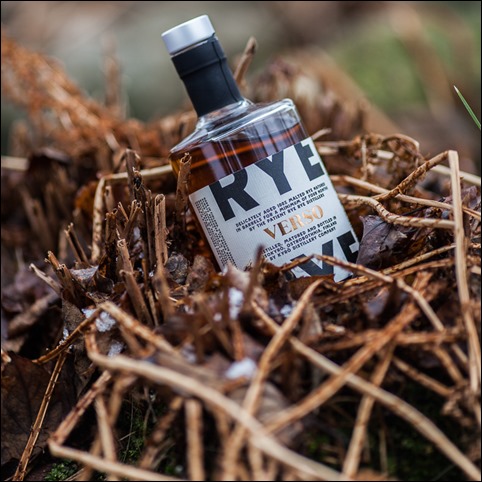 The taste afterwards has plenty of rye and spices. While I am a big fan of smoke drams and fierce whiskies, this one gets into that category without an effort. This one has strong taste which lasts for a long time. There is some rough temper of Finland and Vikings present, there is no subtle hints of court politics. Just a man and the big axe. And lots of humor.

It is a long wait for two or more years of KDC (Kyrö Distillery Company) to mature. I am glad Finns are doing this!